Current work includes articles on digital transformation and business/technology leadership for The Enterprisers Project (sponsored by Red Hat but with independent editorial content).

Many of the showplace clips below are from my tenure as Technology Editor at Baseline Magazine, when I was on a steady diet of cover stories. Most of these were in-depth case studies about the intersection of technology and business, including whether or not IT investments such as ERP and supply chain projects produced real ROI. My cover story on “How Google Works” was a top traffic generator for years following its publication.

Later, as Editor at Large at InformationWeek, I wrote about the convergence of social media and collaboration technologies (research that led to the publication of my Social Collaboration for Dummies book), but also led coverage of education technology, healthcare IT, and government IT. My editors valued me as a quick study who could come up to speed quickly on many different topics and write about them authoritatively.

As a freelancer, I’ve written about everything from the proliferation of unmanned aerial vehicles (for Defense Systems) to the TV news business (for Broadcasting & Cable). I’ve been a contributor to CIO Magazine and written a series of ebooks on cybersecurity topics for SC Media.

These are single-sponsor publications, but the content was not biased toward the vendors in any way.

GDPR: The Clock Is Ticking

One of several ebooks I wrote for this information security publication. These were sponsored ebooks, but the advertisers played no role in content development.

Health IT in the Obamacare Era

Chief Information Officers who have managed through mergers and acquisitions talk about how to do it right — even at a time of “shotgun mergers” driven by a distressed economy.

Unmanned aircraft are taking to the skies in unprecedented numbers as new designs and technical capabilities are offering the military a widening array of options for surveillance, communications and combat missions.

Telepresence, the latest generation of videoconferencing technologies, offers some significant benefits to the enterprise. But CIOs need to beware of potential trip-ups.

Is Business Ready for Second Life?

The virtual world Second Life has become famous as a game with its own in-world economy, with play money that trades against the U.S. dollar on an open exchange, allowing some participants to make a significant income selling imaginary real estate and other virtual goods. The advent of “Second Life millionaires” has captured the attention of the business press, and increasingly real-world businesses are also establishing a presence in Second Life. Is this the precursor to a 3D Web? Baseline examines the potential, as well as the shortcomings of the current technology. (March 2007 cover story)

A look at the technologies behind Google’s search engine, from the PageRank algorithm for determining which sites are most relevant to a search to behind-the-scenes technologies like the Google File System that support distributed computing on a very large scale. We look at the technological and management choices that took Google from its origin as a university research project to becoming one of the most powerful companies in the computer industry. (July 2006 cover story)

The Strong Angel exercises in civil-military collaboration highlighted technologies with the potential to improve situations where the military works together with humanitarian groups during a crisis, whether it’s the aftermath of a war or a natural disaster. But when Strong Angel organizer Eric Rasmussen, a Navy doctor, traveled to Indonesia following the December 2004 tsunami, putting those technologies and principles into action proved a steep challenge. (May 2005 cover story)

On the Edge of Peace

The United Nations peacekeeping mission in Sierra Leone faces the challenge of keeping its computer networks running under harsh conditions, while assisting other peacekeeping efforts such as the new mission in Liberia. (January 2004 cover story)

Florida’s Homesafenet computer system promises to help the state track reports of abuse and neglect, as well as the welfare of foster care children. But such systems have been a long time in coming for states like Florida and New Jersey that face continuing child welfare scandals. (March 2003 case study)

In The Hot Seat

I revisited Herman Miller, maker of the stylish yet ergonomically correct Aeron chair, to see whether their status as an e-business success story was holding up in a much tougher economy. (January 2003 cover story)

Unloading on the Competition

How less-than-truckload trucking carrier Roadway Express stays lean by keeping track of every move its workers make. A profile of the technology Roadway uses to support its Activity Based Costing programs. (October 2002 cover story, with Ed Cone)

Aetna jettisoned all its other lines of business to focus on being the nation’s largest health insurer. Along the way, it alienated doctors, corporate health benefits managers and patients, and found itself awash in red ink. Better integration of systems to manage claims is one of the things Aetna needs as part of its turn-around. (August 2002 cover story, with Ed Cone)

We profiled Kmart, its ambitious turn-around plans, and the evidence that it’s supply chain efforts were failing, just before the retailer filed for bankruptcy protection. (November 2001 cover story, with Ed Cone) 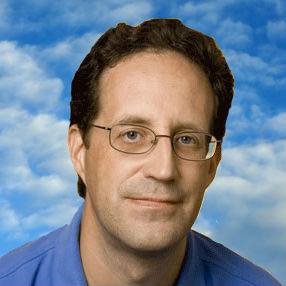 This is my portfolio site. I do business as Carr Communications Inc., along with my wife, editor, and conscience Beth Anne Carr.